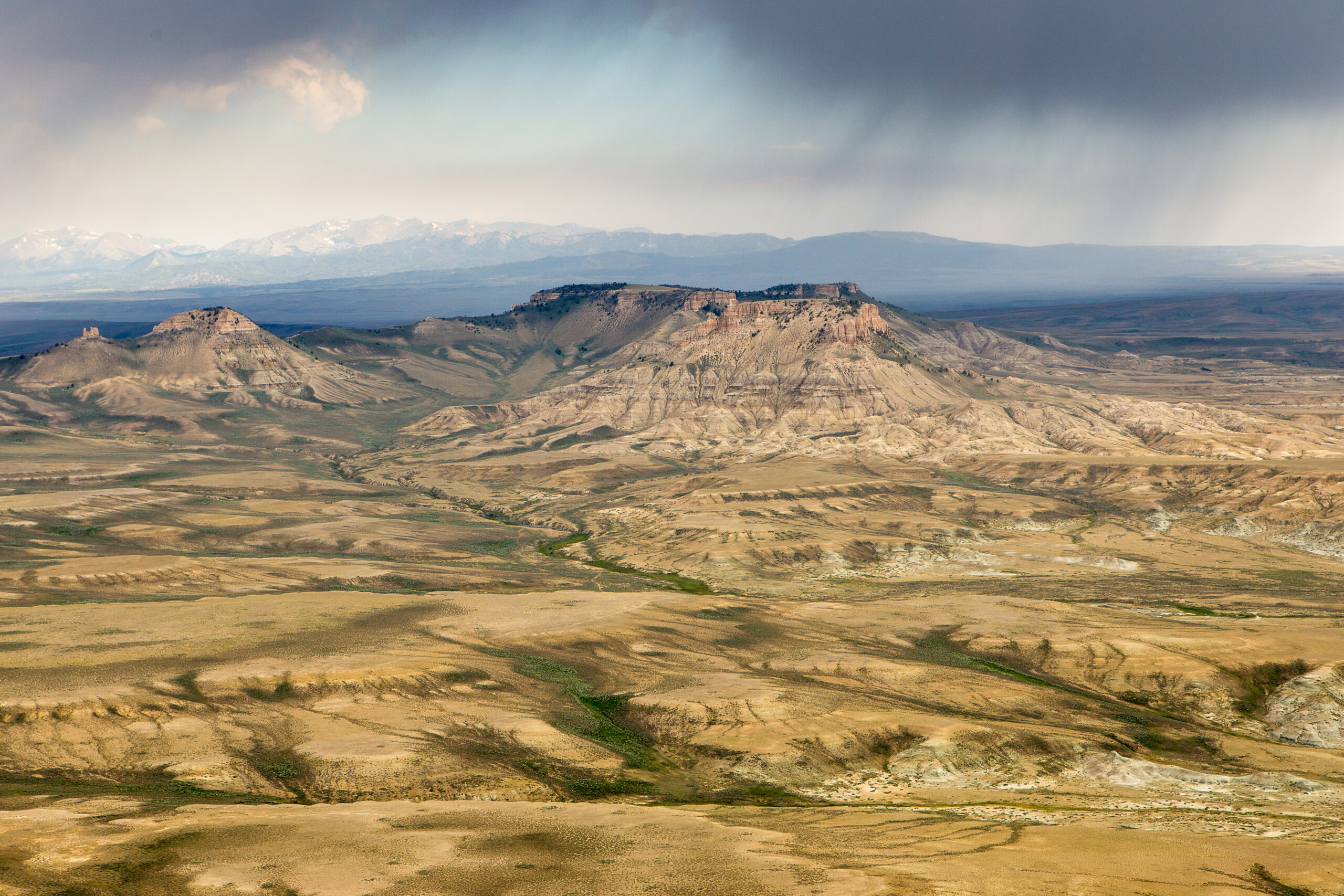 The Red Desert is the largest desert unfenced landscape in the lower-48 with over half a million acres of contiguous wild, wild country.

Often described as the largest unfenced area in the lower-48, this landscape boasts a matrix of wildlands that were either congressionally designated, identified through a BLM land management policy, or effectively retain their wilderness character as a function of remote geography, rugged topography, and limited mineral, oil, and gas development potential. (A wildland is essentially a roadless area greater than 5,000 areas. For example, a designated Wilderness area part of the National Wilderness Preservation System, a Wilderness Study Area (WSA), or a Land with Wilderness Characteristics can all be considered a ‘wildland’.

The Northern Red Desert contains one of the last contiguous desert wildland areas left in Wyoming.

These lands are protected from development and are managed to retain their wilderness character until congress decides to either include them in the National Wilderness Preservation System or release them with lesser protections. The Northern Red Desert also includes nearly 40 thousand acres of Lands with Wilderness Characteristics (LWC), an official federal land-use policy designation that stipulates such lands should be managed for their wilderness quality as part of the BLM’s “multiple-use” management mandate, as well as over 160 thousand acres of Areas of Critical Environmental Concern (ACEC), which the BLM assigns to landscapes in an effort to protect specific and important resources. In conjunction, these management regimes protect such resources as critical wildlife habitat, migration corridors, rare and important plant resources, scenic views and historical and cultural sites.

The BLM has also received inventories of over 100 thousand acres within the Northern Red Desert of citizen-identified lands that would qualify for LWC status but have yet to receive that protection.

With well over half a million acres of unimpaired wilderness quality lands, the Northern Red Desert remains wild, roadless, and unaltered in its natural character – a national treasure that deserves unified protections.