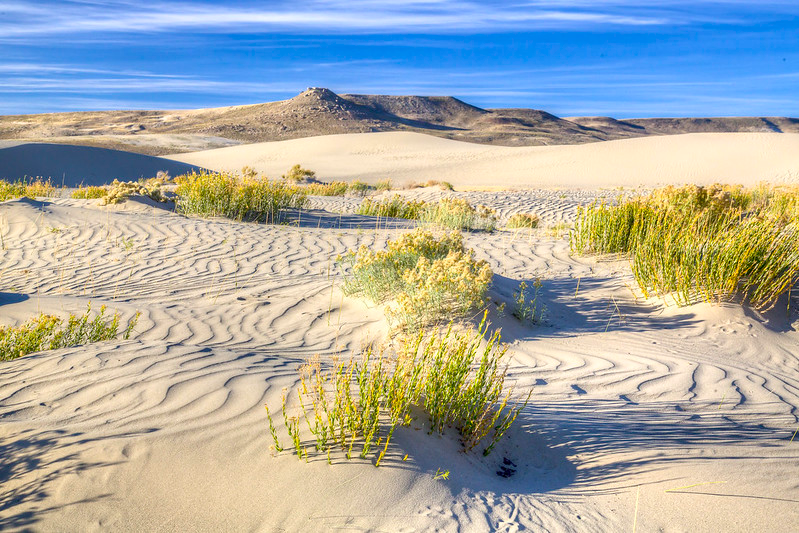 Wyoming’s Red Desert is the largest unfenced swath of land in the continental U.S. Exploring it can be daunting, since there’s little signage or information online. The Wyoming Outdoor Council is hoping to change that with a new map of the landscape.

WOC’s Mike Kusiek says the Red Desert-which runs from along Wyoming’s borders with Colorado and Utah up through the Wind River Range-is home to one of the world’s longest wildlife migration corridors and the largest living sand dunes in North America.

“Maybe also one of the last places that’s still completely undeveloped from a lot of standpoints,” Kusiek said. “There aren’t communities or paved roads or power lines necessarily. There are a few here and there. But by and large, it’s just a wide open natural space that’s more or less been the same since time immemorial.”

That’s part of the reason Kusiek’s organization is producing the first widely available map of the landscape-to encourage exploration (without people getting lost).

“Sometimes you have to know about a place to protect it,” Kusiek said.

The first run of the map will include 20,000 copies. Kuseik says a digital copy will also be available online.

This story was produced by the Mountain West News Bureau, a collaboration between Wyoming Public Media, Boise State Public Radio in Idaho, KUER in Salt Lake City, KUNR in Nevada, the O’Connor Center for the Rocky Mountain West in Montana, and KRCC and KUNC in Colorado.

Have a question about this story? Contact the reporter, Maggie Mullen, at mmullen5@uwyo.edu.